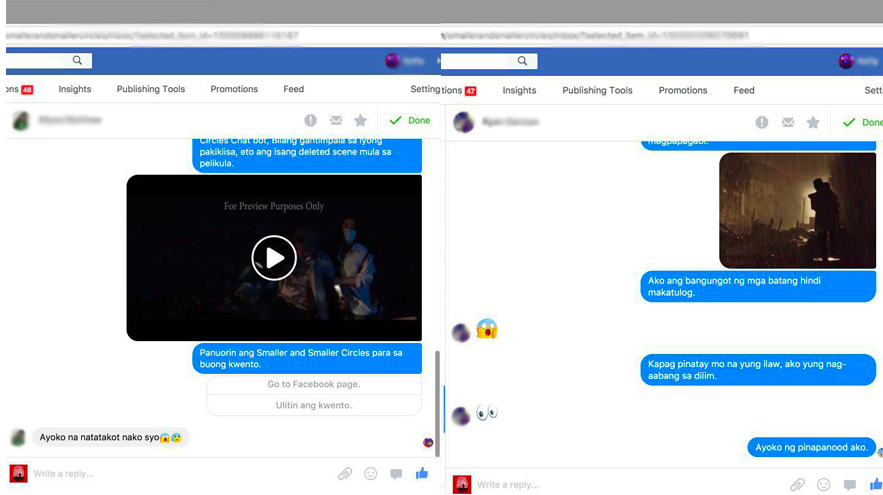 Have you ever wondered what it is like to talk to a serial killer? To help launch the film “Smaller and Smaller Circles,” TBA Studios in partnership with MullenLowe Philippines launched a Facebook Messenger chatbot that allow users to do just that. Talk to a person they would least likely want to talk to: the Payatas Serial Killer.

“It’s a fun, albeit creepy, experience that gives you a chance to explore the lore of the movie, and the depth of one of the movie’s characters. It expands the story of the novel with unique conversations that lead to a different experience every time you talk to it,” says Ria Limjap, the film’s producer. “Something that both fans of the book and those who just like a thrill can enjoy before the launch of the film.”

“Smaller and Smaller Circles” is based on the award-winning novel of the same name by F.H. Batacan. The film is directed by acclaimed filmmaker Raya Martin and features the talents of actors Nonie Buencamino, Sid Lucero, Carla Humpries, Bembol Roco, and Christopher de Leon.

Try the killer chatbot (in Filipino) for yourself.

You can also check out the film’s Facebook page.