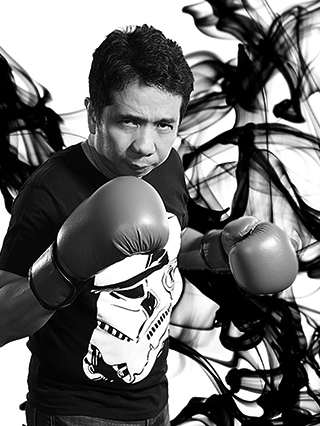 After graduating from college with a degree in Fine Arts, Jake pursued his dream of becoming a photographer. Three years after, he decided to hang up his camera and try his luck as a graphic artist in the magazine industry.

After his short stint as a graphic artist, he was offered a job as a Print Producer at JWT and was eventually promoted to Print Production Manager. He joined MullenLowe Philippines in 2008.

To travel around the world has always been a dream of his, and he finds taking photos while traveling to be therapeutic. But when he’s not flying off somewhere, he enjoys listening to music with his HiFi equipment or watching movies with his wife Cecille.