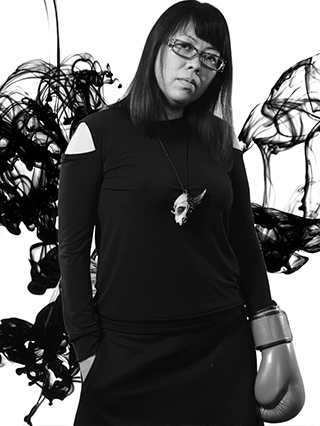 Leigh Reyes is the Chief Product Consultant of MullenLowe Philippines. Her work has been recognized at both creative and effectiveness shows such as Cannes Lions, Clio, D&AD, Asia-Pacific Adfest, the Asian Marketing Effectiveness Awards, and the Tambuli Awards. She has served on the juries of Cannes Lions, London International Advertising Awards, Adfest and Spikes. She frequently gives talks at industry and academic events. Recently, she hosted a panel on ingenuity at the AMEs, and gave a talk on the maker movement at Cannes’ Young Planners Academy. She was also a creative speaker at Lowe Institute in New York, and was part of the Women in Marketing, Advertising and Media Panel hosted by Interpublic Group at Cannes.

She is a co-founder of the organizing committee of MobileMonday Manila, an open forum for mobile visionaries, professionals and enthusiasts.