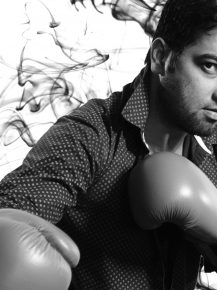 Mehrdad started his career in sales in 1999 and stayed in the field until 2008, when he decided to pursue a degree in accountancy—while juggling the demands of a full-time job. He completed his career shift as a full-fledged accountant in 2010. Three years after, he joined MullenLowe Philippines in July 2013.

Behind his stoic and hairy face lies a fiery passion for local 90s dance groups, a force that drove him to join an all-male dance group called the Abztract Dancer group back in 1999. Though it was a short stint, it left an indelible imprint on his soul. To this day, he continues to bust out his moves every December, during the epic MullenLowe Philippines Christmas parties.